The autonomous car: The ITS Station

We are certain that autonomous cars will dominate our roads sometime in the future. In order for cars to become truly autonimous, the various agents in the industry, such as car manufacturers, map makers, the roadside equipment industry and the authorities need to agree on many aspects of driving,

ITS Norway invited to a standardization seminar: «The future of autonomous cars» on the 4th of July. The seminar was set up in two halves: The first part covered the Belt Concept, and the second part covered the ITS stations, with the main focus on the Roadside ITS Station.

ITS Stations with Roadside ITS station as a case

In addition, it is of great interest to learn more about the definition of the functional and technical requirements for the ITS stations and services. For many of the agents in the field, these definitions and standards are important for the development of new services and sensor types – and in the end, the opening of a new industry in Norway.

What is state of the art for communication and interface between Roadside and Vehicle ITS stations? Will the Belt Road Concept be standardized and implemented as navigation systems in cars?

How is Norway doing, and how can we use our existing maps and communication technology to support building a new C-ITS industry?

The invited speakers have years of experience and have taken an active role in the development and use of standard based innovation to bring us to where we are now.

Please join us in a discussion on how we can capitalize on these new trends!

You will find the second part of the seminar: The ITS Station, below.

Recordings from the seminar on ITS Stations 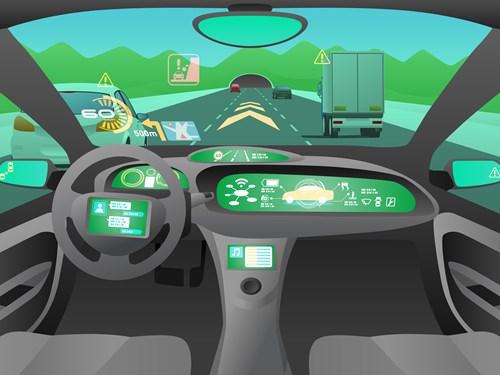 The autonomous car: the Belt Concept

The Belt Road Concept is aimed at provide more accurate and detailed geometry for autonomous cars. This and similar concepts are suggested as subject ...