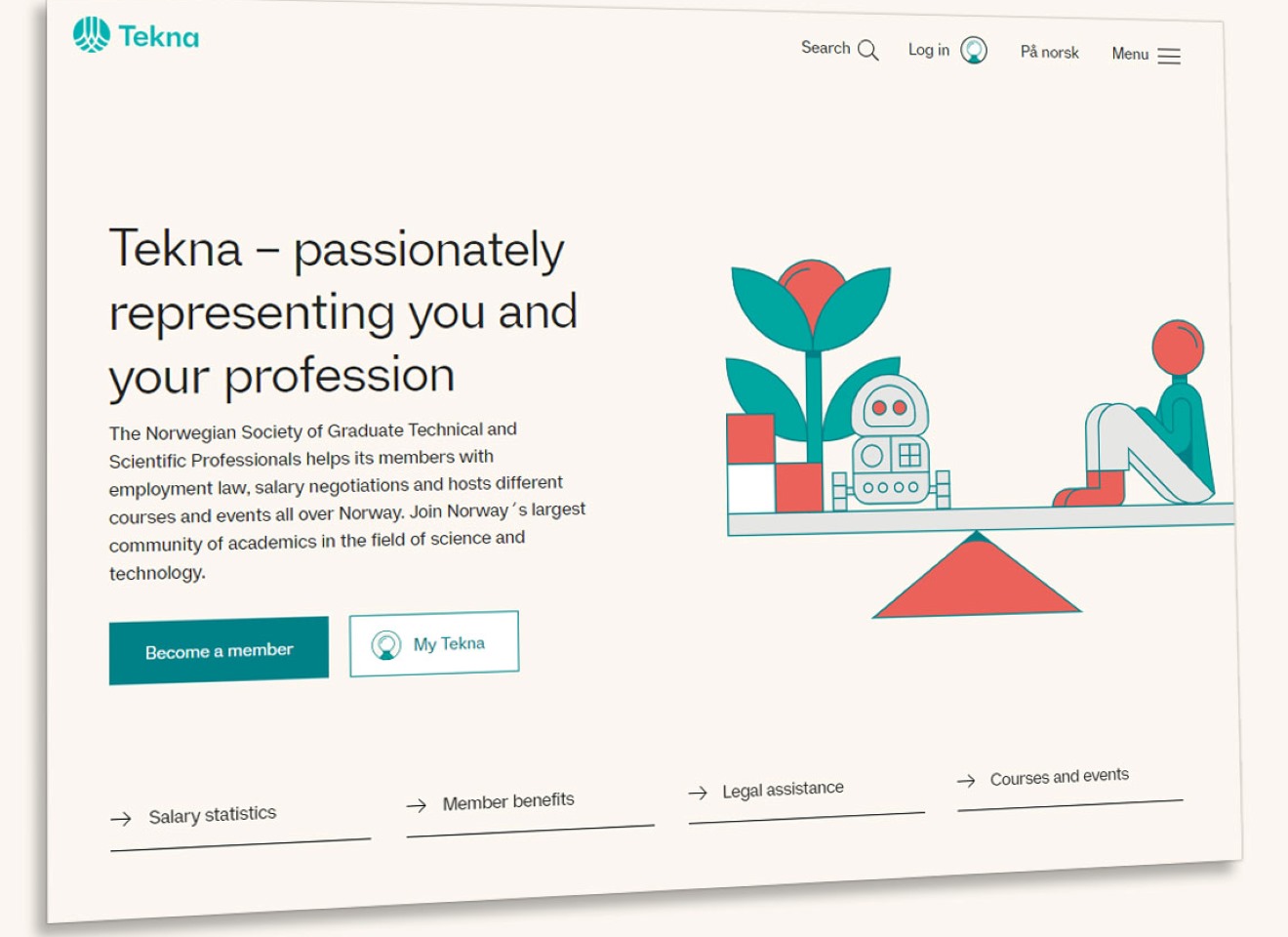 The front page of tekna.no in english

Tekna’s membership is growing at record speed, including a steady stream of international members who want to join our professional association. So we’ve started working hard to both further develop our English webpages and get more information out in English for our non-Norwegian speaking members.

This spring Tekna passed 88,000 members, and almost five percent of our actively employed members have indicated that English is their primary language.

– The largest percentage of our members work in the private sector, and many of them have jobs that extend beyond national borders, with English as their working language. That’s why it’s important to offer these members relevant and high-quality information in English, says Tekna’s General Secretary Line Henriette Holten. 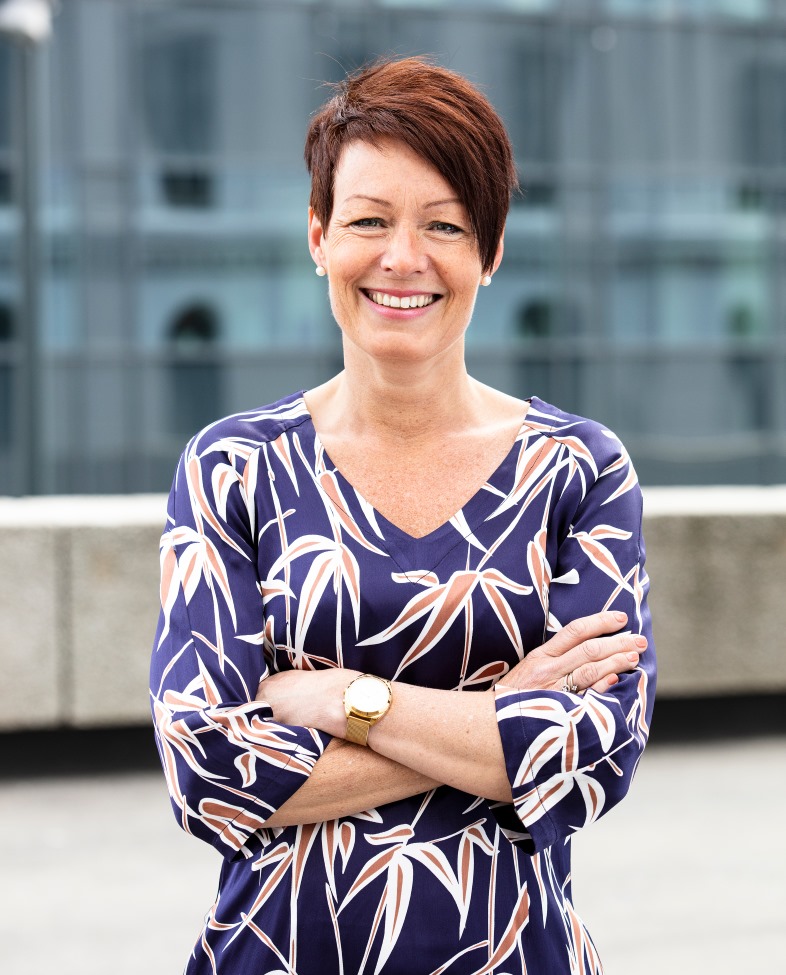 In recent years Tekna has invested in providing more and better services for its English-speaking members, including professional courses, skills development, advisement, and – not least— webpages, as an increasing number of these are being offered in English.

This fall an analytical project will be started that’ll define English-speaking members’ needs in more detail to ensure that Tekna meets their needs with relevant content and services.

– We at Tekna have realized that we have to prioritize our services for English-speaking members, and we’re hard at work making this happen. The most important services and information are now available in English, and the work involved with further developing these will be prioritized in the future, says Holten.

She adds that in recent years Tekna has seen that the number of newcomers to Norway choosing to join a trade union has increased.

– Traditionally speaking, there’s been a certain amount of skepticism among foreigners in Norway about being a union member. Not everyone is familiar with the Norwegian Model and how we organize working life through close collaboration among employees, employers and politicians. But we’re now seeing that this skepticism is starting to disappear. We experienced an especially high interest level from foreigners both during and after the oil crisis, when the need for and value of a trade union became obvious, says Holten.

– We want our English-speaking members to feel like full-fledged members.

In recent months hundreds of Tekna’s webpages and articles have been translated into English. Our legal department is running an increasing number of courses and events in English, as is the professional development department. We’ve also expanded the number of registration forms and newsletters in English.

– We want our English-speaking members to feel like full-fledged members. So we have to make sure we can offer them full-fledged services and information in English as well. There isn’t any expectation that employees have to be able to speak Norwegian in order for them to work in Norway, and many people have English as their primary working language. There’s a big need for relevant information and support, maybe in this group in particular. Although we haven’t achieved all of our goals quite yet, our work’s gotten off to a great start, Holten points out.

Our English webpages, Tekna.no/en , were improved in 2020, along with the rest of tekna.no. There was a total of 31 news articles   published throughout 2020. The majority of membership benefits have been translated, while at the same time work is being done to better explain trade unions’ value.

Salary and employment conditions are an important area, where several legal articles have been published, in addition to having Tekna’s salary statistics published in English for time first time in 2020. There was also a strong focus on helping members who were laid off or unemployed as well as promoting their rights.

Professional networks has also been highlighted as an important part of our membership services. Our digital services, including CV-byggeren (‘CV-Builder’) and karrierekompasset (‘Career Compass’), will also be offered in English during 2021. 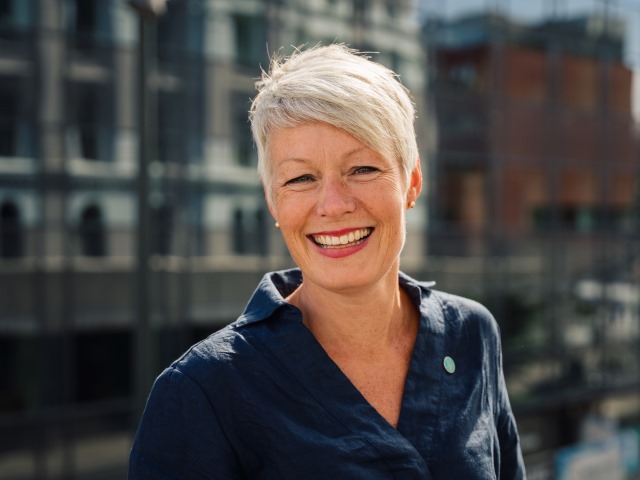 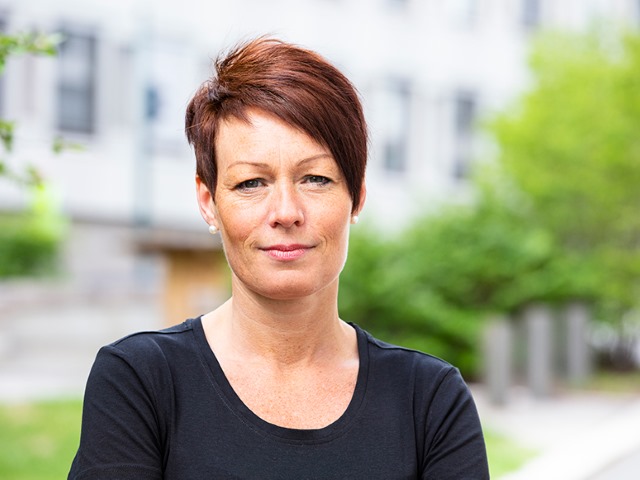