According to Tekna’s salary statistics, if you stayed in the same job over the last year, your salary has probably increased by approximately 5 per cent.

If, however, you changed jobs and joined a new company in the same sector you will have benefited by achieving an average increase in salary of no less than 10,3 per cent – a substantial difference. Changing your position within the same company can also be profitable: those who have done so replied to the salary survey that they had received a pay rise of on average 9,7 per cent.

From slave to boss

Tekna member Helge Prestrud Astad has changed jobs numerous times and is one of the people who started in a new job at the beginning of 2017. He moved from a consultant position with a consultancy company to a permanent job in state-owned Statnett, where he had been working for four years as a contract consultant.

The contract was coming to an end and a new assignment would have involved such a long commute that he began to look for a new job. After six months on a new contract he had the opportunity to move “from slave to boss” as he himself puts it, and he now works as a section manager for UTG GIS, geodata and modelling.

He recognises himself in Tekna’s statistics.

“Yes, my impression is that that’s how it works, that you gain more by changing jobs than remaining where you are. I got a higher salary by switching companies and moving into management.”

“It’s odd, because when my consultancy assignment came to an end and I wanted to change jobs because of the long commute, my thinking was that I would appear desperate and that Statnett had all the advantages in the pay negotiations. But their thinking was probably that they needed to go the extra mile in order to recruit me so that they could save the cost of training someone else. They wanted my skills and knew me well.”

Recruiting the wrong person can be costly

Katrine Olsson works as a senior negotiator and heads Tekna’s employment and legal affairs division. She confirms that employers are willing to pay to get the right person in the right position.

“Very often, people change jobs because of the nature of the work involved and the technical challenges but pay is also part of the package. Employers know this and are often willing to pay to get the candidate they want. Recruiting the wrong person is very costly and employers are prepared to go the extra mile to get the right person. Skills and experience are important, but so is personal suitability. If you employ the wrong person, the knock-on effects can be large and long-lasting for the workplace environment, because it is often difficult to reverse the mistake.

Is the higher salary that goes with changing jobs “simply” a matter of market forces, or does this reflect Tekna’s pay policy?

“These are market forces at work, but our policy supports the view that market forces should provide a guideline. There is a special dynamic to changing jobs; suddenly you become highly visible, not just your expertise and what you have achieved career-wise, but also that a potential suitor wants you on the team. The person changing jobs will also have an expectation of a higher salary, since there are uncertainties associated with changing jobs.

What is the upper limit on what you can ask for?

“You do need to exercise some restraint and most employers will opt for a level that is seen as fair by the other employees of the company. Employers will want to avoid major differences internally between employees working at the same level of the organisation. There are also major differences between various sectors. The public sector is subject to tighter constraints than the private sector, although in some areas of the private sector there will also be very little leeway. On average, the difference in salaries between the public and private sectors is in the region of NOK 200,000 for Tekna members taken as a whole.

A salary reduction is unlikely

Helge Prestrud Astad has used Tekna’s salary statistics when looking for a new job, in order to have a yardstick against which to measure his new salary. However, he says that pay was not the main motivating factor for changing jobs.

“One would like to be able to say that professional challenges mean the most, but if the salary is better, then it makes the choice that much easier. It would have taken a lot for me to go down in pay at my time of life. I have a mortgage and other financial commitments, just like everyone else.”

Do you have any thoughts on how often you will change jobs during the course of your career?

“I’m 42 years old now, so I can still change jobs a couple more times. After that, I have heard that changing jobs becomes harder, although that won’t necessarily be the case if you have the right attitude. But at the moments I’m very happy and I have a well-defined and clear career path which will make it attractive for me to stay where I am for a long time.”

Look at the package as a whole, not just the salary

Tekna’s senior negotiator, Katrine Olsson, says that salary should not always be the decisive factor in whether or not you change jobs.

“A good environment at work, friendly colleagues, work that you enjoy, a good pension scheme and a workload that suits you are all factors that you should consider – changing jobs will not always turn out to be a good idea. When it comes down to it, the question will be what is important to you, what are you prepared to live with. This will be an overall assessment that it is up to the individual to perform. But if you have been attempting to negotiate a pay rise for a long time without success, you could consider looking for something new.

Avoid these four mistakes in your annual salary review

All employees should have an annual interview about their salary. This could easily be the most important conversation of your year, so you need to be...

A steep curve for young employees

In Tekna’s view, fresh knowledge and the ability to acquire new expertise must be reflected on your pay slip, and this view is confirmed in the findin... 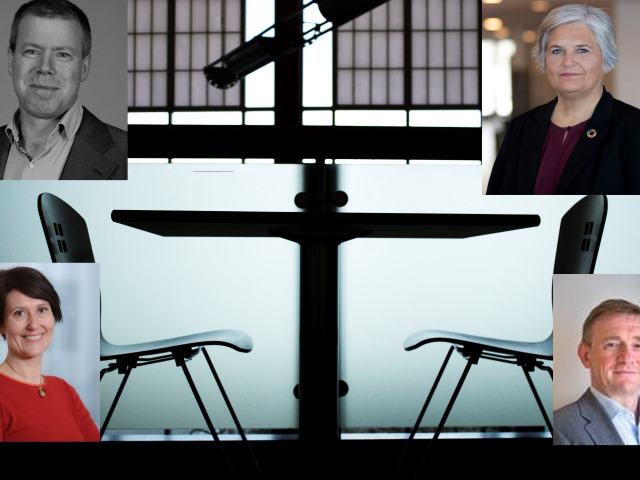 Four top-level executives in Norway: – This is how you ask for a higher salary

There are 18 questions you should prepare before going into a salary negotiation.