A steep curve for young employees

In Tekna’s view, fresh knowledge and the ability to acquire new expertise must be reflected on your pay slip, and this view is confirmed in the findings of this year’s salary statistics.

It is easy to imagine that the normal process is that you will slowly but surely work your way upwards and onwards on the career and pay ladder over the course of your working life.

But for a different view, take a look at Tekna’s salary growth curve. Admittedly, those with most years and most experience under their belts earned most, but you will also see a sharp upward rise during the early years before the salary curve reaches its peak as early as at the age of 35-39.

During the following years, salary growth will not be so sharp, and the curve will gradually sink towards retirement age. Why is this the case?

Tekna member and electronic and telecommunications engineer Kaja Bye Svatveit was born in 1979 and believes that it is only right and proper that the salaries of young employees should rise quickly.

“I think this is sensible, because towards the end of your twenties and thirties you will want to settle down, have children and a home and that’s when salaries need to rise to a level that you can live on. Now that I’ve reached the point I’m at in my career, life is just “steady as she goes”, there won’t be that many new and major events in my life going forward,” she laughs.

Katrine Olsson works heads Tekna’s employment and legal affairs division. She has a wealth of knowledge about the working lives of Tekna members.

The highest point on the salary curve appears to coincide with the midlife crisis. Are people really finished by 40?

“No, I wouldn’t say that. The forties are the new thirties, after all,” says 46-year-old Katrine with a smile, before adding that this is a deliberate pay policy on Tekna’s part.

“During the early years of your job you have a steep learning curve and the value of taking on new duties, new areas of responsibility and generally being a developing employee has to make sense financially, this generates returns that are visible on the bottom line. The Confederation of Norwegian Enterprise – NHO – agrees with this too. The basic agreement between NHO and Tekna provides that account must be taken of the fact that younger members of Tekna normally increase their skill set very rapidly.”

Insurance against losing out in your retirement years

Pensions are the second important reason that Tekna is happy to see that this salary curve is confirmed in this year’s statistics.

“We want our young members to climb to a decent pay level quickly, so that they are able to enjoy more years of high earnings. Tekna’s members often have higher salary levels than the Norwegian average, but the National Insurance scheme is not designed to take account of high earners and the upshot of this can be a substantial reduction in income in retirement. The occupational pension scheme that goes with a job is important to our members, and is a supplement to the pension paid out by the National Insurance scheme. However, the schemes offered by employers can vary.”

The senior negotiator explains that this is why you need to familiarise yourself with the pension scheme on offer at your place of employment. Moreover, Tekna organises regular pension courses for its members.

“Pension schemes are not something you can negotiate, but you can negotiate your salary level so that you can put money aside yourself. The minimum rate for payments towards occupational pensions in the private sector is 2 per cent. For our members this is very poor, so employees need to consider whether a higher salary will be required to compensate for the reduced pension level. Fortunately, there are virtually no Tekna members with pension rights that are as low as this. The usual level is a contribution rate of 5-7 per cent, 7 per cent being the highest permitted level at present.”

The interplay between pay bargaining, contracts and the market

So, what is Tekna doing to get this principle to function in practice? Is this one of the reasons for Tekna’s annual starting salary recommendation, for example?

“Yes, and our experience has been that it works well and that’s important to us. The starting salary recommendation is based on our salary statistics, which show what the market is prepared to pay. For recent graduates, Tekna’s starting salary recommendation – which applies to the private sector – is an important indicator of what the salary level might be expected to be.”

“In addition, our union representatives, who negotiate salaries, are also concerned that the youngest members should see a rapid growth in their pay. Salary must be viewed in the context of expertise and development, which our agreements provided for, and if our members are also skilled in taking the initiative and asking for a salary review, then these factors interact – with the market as well, obviously. The market is now working well for our members again and unemployment rates are relatively low. This of course also plays a part.”

What about older, more experienced members? Are they satisfied with this policy?

“Some older members undoubtedly think that young members are receiving a high starting salary and that their salaries increase too rapidly at the beginning of their careers. But this can also have positive knock-on effects for older members. It is right that there should be reasonable salary differences internally within a company and if the differences are too small this will often provide a sound argument in favour of raising the rates paid to more experienced employees. Expertise has to be rewarded, and that applies to everyone.”

Pensions and paying off your mortgage

It took some time before Kaja Bye Svatveit reached the level described by Tekna. Her first job was a trainee position.

“I was overjoyed to have a job; the pay wasn’t that important. But when I got my first “proper job” the pay boost, when it finally came, was in connection with a job offer that I used as a bargaining chip and that resulted in my employer matching the pay I had been offered in order to keep me in the company,” Kaja tells us.

The opportunity to throw herself into a variety of challenges has been an important factor when Kaja has looked for new jobs. But has she remembered to take an interest in the pension schemes offered by employers?

“One previous employer of mine had a fairly hopeless pension savings scheme. Since then I have been very careful to make sure that the pension scheme is decent. But I’m in a fortunate position now. We are a newly-founded company with few employees and considerable influence, so pensions are a subject that crops up quite often. My own thinking is that paying off my mortgage will safeguard my future. Owning my own home at as early a stage as possible will be an advantage.” 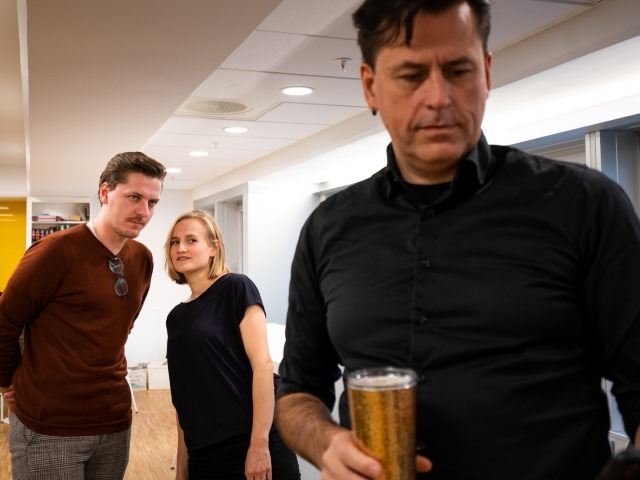 Have you ever wondered what your co-workers are earning? Or if they can find out how much you’re getting paid each month?

Avoid these four mistakes in your annual salary review

All employees should have an annual interview about their salary. This could easily be the most important conversation of your year, so you need to be...