Working in Norway: Who’s the Boss?

Being a manager in Norway isn’t always easy. Sometimes I wonder why anyone would want to be a manager with staff responsibility given all the problems inherent in the very act of trying to control other people’s behavior at work. I have a friend who’s been a manager for several years at a large Seattle …

Being a manager in Norway isn’t always easy.

Sometimes I wonder why anyone would want to be a manager with staff responsibility given all the problems inherent in the very act of trying to control other people’s behavior at work. I have a friend who’s been a manager for several years at a large Seattle hospital who told me one time that her job basically consisted of ‘trying to get people to come to work on time, do something productive while there and stay until the end of their work day.’ Needless to say, my friend didn’t exactly enjoy her managerial position, at least she didn’t on that day we talked. She was the boss but often felt like the activity her subordinates did the best was subtle forms of insubordination.

Why would anyone want to be a manager in Norway?

This question of why anyone would want to move into management seems particularly pertinent in the case of Norway, where the organizational structure is among the flattest in the world. It’s part of The Norwegian Model, which I’ve spoken about in various courses and which has two more connotations: There is Norway’s relationship to the EU, never having been a member state. Or there is the aspect of how Norwegian industry cooperates with unions and government in a way meant to create consensus-backed policy.

And there’s the flat structure; a foreign-born person coming to work here after having worked in another country whose structure was more hierarchical must enjoy the freedom and input they have on the job. Who wouldn’t want their voice heard about ideas they might have about making changes while being allowed to steer their own work day to an extent they’d never thought possible? I’ve never talked with anyone any my courses who didn’t appreciate this aspect of working in Norway. One woman put it quite simply one evening when I asked her what she liked best about working here: ‘I just feel I actually have a say about what goes on at work.’

Boss with a capital ‘B’

The people I talk to at courses who are not always as enthusiastic about the set-up here are, as you might imagine, managers coming from cultures where they have been the Boss with capital B. They make comments like, ‘It’s hard in Norway sometimes, because at every turn I have to persuade my staff to go along with a decision I’ve made’…Or ‘When we have meetings, more often than not I feel like there are seven other managers around the table in addition to me ’…or, quite simply,  ‘I sometimes feel I don’t have any say about what goes on at work’.

When told these things, I myself get the feeling that my sympathy is being sought – why say these thoughts out loud unless they’re looking for a working shoulder to cry on? Most often, I respond with some carefully neutral phrase like, ‘Well, I’m sure that’s not always easy to deal with’ or some such. But am thinking, ‘Well, that’s the way things are here. You wanted to be a manager, so manage your own expectations about how your staff members are to be managed by you. It’s the system here and it’s not going to go away – you either need to acknowledge that and deal with it or find something else to do. The ‘manage’ in your title means something different in this country than what you’re used to than whever you come from. So complain all you want, but you need to adapt to what that difference is. If you don’t, you’ll make yourself  – and the people you’re ‘managing’ five days a week – very unhappy indeed.’

If I ever figure out how to say these thoughts in a more diplomatic fashion and if the situation allows for it, perhaps I should share them with these frustrated managers – but would it make any difference in the end? Could they and would they change their beliefs about who’s the boss? 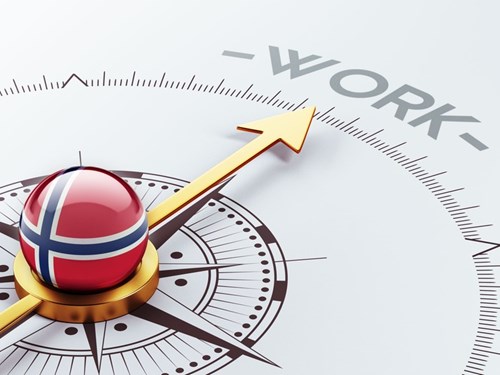