I am using the strong verb ‘rejected’ on purpose, as while the educational authorities do not express it that way in the letter they send out to inform you of just how the schooling you’ve had at home has not been approved for use in their country, it sure feels that way when you’re on the receiving end of the news.

And can use my own experience as a case in point. When I moved over to Norway many years ago (back when Swedish singer Carola won the Eurovision song contest – yes, it’s awhile ago), I sent over my academic transcripts a year in advance of my departure (this was back in the days of things like paper copies, postage stamps, etc.) to the proper government agency in Oslo to have them evaluated. This process took an entire year (and would have taken longer if I had not happened to call this agency around Christmastime to find out what was happening and heard that all my documents had been lost, and could I send them in again?). I finally got the official-looking envelope in the mail almost a year to the day I had initially sent my own document-filled package off across the Atlantic. I opened it, took out the letter and read that my Master of Arts from the US had been determined to be, I quote, ‘five years of unspecified education’. Unspecified. Further, this meant that in order to received what was at the time the equivalent of a (in my eyes lowly) Bachelor’s degree, I would have to take a year and a half of college courses just to reach that level. I remember my pulse racing and cheeks flaming from anger and – hurt? (Can one be hurt by a government agency?) The ruling made me feel like I had been, as the Brits so aptly put it, merely messing about during my five years in the U.S.’ higher education system, learning little and achieving nothing despite all the hours of study and work I had put into getting my two higher degrees. At any rate, a couple of angry phone calls to the agency later, I found out there was nothing to be done for it, as their decision was final.

To take it personally

So I moved over and enrolled in the local university college (affordable in my American eyes, as there was luckily no tuition – amazing and a bright spot in an otherwise dark educational time). And soon met others who made my own story seem easy by comparison. For example, my American literature professor who one day after class told me about how this same government agency had initially refused to approve his doctoral degree from (as he put it) ‘a prestigious university located on the Eastern seaboard’. And the fact that he had published several academic articles in international journals. But he refused to accept this insulting ruling and gave them a good and proper legal fight, eventually ‘winning’ after several years of appeals, getting his PhD approved so he could apply for university teaching positions. In the meantime he had worked as a high school teacher – nothing wrong with that, it just wasn’t what he wanted to do, the whole reason he had gotten his doctorate in the first place. My professor had obviously taken it all rather personally and was still bitter about the whole matter, even if it had happened, as he said, ‘about a century ago’.

Similarly, the situation for US-trained nurses coming over seems to be especially difficult. I met several through a women’s club I belonged to who had a terrible time getting their education and practice approved in Norway. In fact, I never met one who had just been able to start applying for nursing positions here once they arrived in the country. Instead, they had also been forced to take additional training, in effect having to throw out their previously earned nursing degree and start over again. The best story came from a nurse from Portland who, having had to sign up for several courses she’d already taken at university, told me about buying and then opening up a required textbook in one class and seeing that the author of it had been her mentor back in Portland. Irritating irony.

All countries have to have educational standards, to be sure. Putting it simply, the US probably does the same thing to foreigners moving there. As do other countries to foreigners moving there, and so on and so on. But it doesn’t make it any easier for that particular individual to find out in a sense that the education their own country found worthy has been found wanting in their new home. And yet that is the way it goes, one of those things you just have to accept if you’re to move forward in a new place. In my case, in the end, it wasn’t so bad; learned a lot I found interesting in my classes, met people whose backgrounds were different from mine yet whose interest in our studies was equal to my own. So I didn’t exactly suffer, but the experience gave me greater sympathy for people who want to transfer their educational achievement across borders and become disappointed when this achievement isn’t recognized in the form they want and need. It’s not personal, but it feels that way. 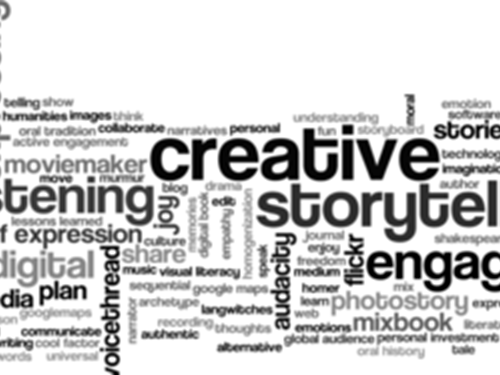 Tell me: What’s the short version of your (working) life?

Have you ever thought about practicing how to tell someone about what you do at work? When holding courses for foreign-born people like myself who are...