Repeat as needed: What job seekers should tell themselves

Saying to yourself ‘They’d be lucky to have me as an employee’ before throwing yourself off the deep end of the job search swimming pool doesn’t mean you’re an egomaniac; on the contrary, you’re just giving yourself what you need to keep your head above water in the upcoming process that will at times try to pull you under.

A very water-oriented opening, but one that came to mind last week when I was running a daylong training course in Norway for (mostly) civil engineers who had (mostly) been placed ‘between positions’ in the workforce, being as they were yet more casualties of the country’s recent oil industry troubles.

This particular phrase appeared at the top of a slide I showed at the start of class. When I read it out loud, I could sense how everyone in the room sort of – woke up! – raised their chins and focused their gaze, first on the screen and then on me. I sensed their suddenly lifted spirits along with some skepticism; it was as if I was encouraging them to do something that would harm their chances of getting hired as they would appear to be show-offs who were overconfident of their skills. I saw some smile as they wondered if there was something to what their cheerleader/teacher was saying. I saw others frown as if I’d sort of ruined their day.

When did their self-confidence disappear?

Why would this be their initial reaction to these words? When was the last time they had loads of self-confidence? High school? Grade school? Nursery school? They had enough of it to get them through a university Master’s degree (or more), but what happened after that? Everyone is different, but one thing is sure – at some point we all get the stuffing knocked out of us, when our self-image gets a blow or two. That’s life. That’s especially life when you’ve lost your job and are looking for a new place to start over.

Convinced I had to convince these doubters to refill their stuffing supply, I told them what to me are very valid reasons why they should quickly add this ‘lucky employer’ phrase to the negative ones already floating around in their inner thoughts:

Nothing particularly original here, but sometimes people just need to hear these things said out loud by someone else, on this particular day their course instructor, as this seems to give more weight to words they’ve only read before.

Two more words I looked up after class was over:

Hope these job searchers left class thinking the ‘lucky’ mantra and knowing the truth that is self-evident and obvious – that they’re some future employer’s four-leaf clover. This isn’t over- the-top egotism, but a core belief that’ll help them through the rough job-hunting waters ahead until they land something they deserve in a place that deserves to have them. 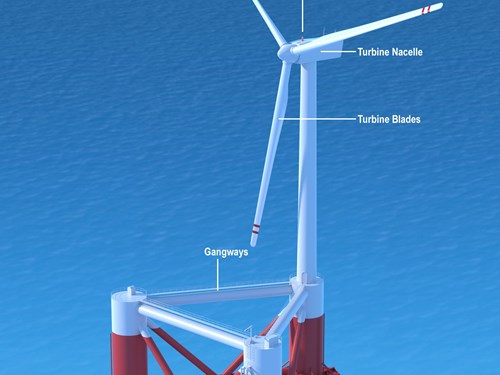 “There’s truth in every stereotype” – or is there? People attending my course on intercultural communication seem to like discussing this statement, a...