It’s interesting to observe how, when living in a foreign country, certain foreigners behave towards “their own”. A presentation I gave last week took up this topic, although the overall purpose of my being there was to give my audience members tips on how to best adjust to living in Norway. These recently arrived residents …

It’s interesting to observe how, when living in a foreign country, certain foreigners behave towards “their own”.

A presentation I gave last week took up this topic, although the overall purpose of my being there was to give my audience members tips on how to best adjust to living in Norway. These recently arrived residents had just finished listening to a presentation given by two knowledgeable attorneys on working here. The talk provided them with information on several aspects of being employed in a welfare state, including their rights and responsibilities.

The first presentation also included the importance of the audience members’ finding a “work-life balance”; I was there to focus on the latter half of the equation, getting a life, if you will. Using my twenty-four years of living in southern Norway as a backdrop, I offered advice on how the people seated in front of me could achieve “success”, in this case personal happiness, when living here for a long period of time – as in truly living here for the long run, and not just dropping in for a few months or years.

So I talked about what one might expect when living abroad – the importance of maintaining a positive attitude, the necessity of joining organizations, the added imperative in Norway of being extroverted and not waiting for the “natives” to make the first move when making introductions. I talked about the importance of not giving up even when their social picture looked rather bleak.

My presentation was almost done, and I moved on to my last slide. However, for the first time since I had started speaking, I could sense a bit of stir among the audience as they took in the words appearing on the screen: “What is integration? What is assimilation?” with the following tips: Don’t…Worry too much about hanging out with “your own”/Needing the familiar is okay – culture, food, language, humor/Transition is easy for some people and rough for others/Brings out inner conflict in some people – how do they treat “their own”?

I responded by speaking in the hope of alleviating some of the intense pressure felt by these newcomers to immediately bond with the nation’s natives in order to fit in and blend in. I spoke of what seemed like an inner radar I had when first moving to Norway to find Americans living in my area, of approaching English-speaking women in grocery stores in order to start up a conversation and – perhaps? – make a new friend. I spoke of not missing material things from the US so much as missing people and language and most of all humor in all its forms, both in the media and everyday life. I spoke of needing to be among my own.

And yet, I told my audience that they might meet some people – of “their own kind” – who seem to need to practice an all-or-nothing approach when going through the assimilation process, giving all to their new country and nothing to their old. An exaggeration, but it was with a slight shock that when I myself was new to the country, I encountered English speakers who, when I met them, showed themselves unwilling or unable to “give” me very much at all by way of human contact: the American woman I frequently ran into in my small town when out doing errands, etc., who refused to speak English to me, the other woman from the US who, whenever I saw her at a work-related meeting or conference, would not look me at me when I said hello, once even avoiding making eye contact altogether so she would not have to acknowledge my presence. The Englishwoman who had lived in Norway for years and who told me she just didn’t have any space in her life for making new friends (in other words, me).

What, I asked myself, were these non-natives trying to prove by their actions? That they were truly assimilated? That Norwegians wouldn’t be able to guess that they were foreign? That they were proving that they had become one “of them” and therefore were no longer one “of us”? I never arrived at one conclusive answer; what I did come to understand, though, was that the need to blend in and belong is clearly as powerful in adults as it is in children. However, I never thought it would reach a level in an individual where they would behave in such a hurtful manner toward a fellow countryman (or woman, in this case). My eyes had been opened to a new way of choosing to live.

And yet, as I concluded my talk, I told my audience that although I’ve unfortunately experienced several similar episodes during my years here (both at work and in social situations), I’ve also learned to shrug it off by telling myself that if this is what these people need to do to be happy here, who am I to judge them? They’ve found their own path to successful living in their new country. Finally, I encouraged my listeners to find their own path as well between the familiar and the new, assuring them that there are fortunately all kinds of interesting, interested people out there in Norway who would like to meet and get to know them a lot better, both native-born and “their own”

Read more about what Tekna can do for you 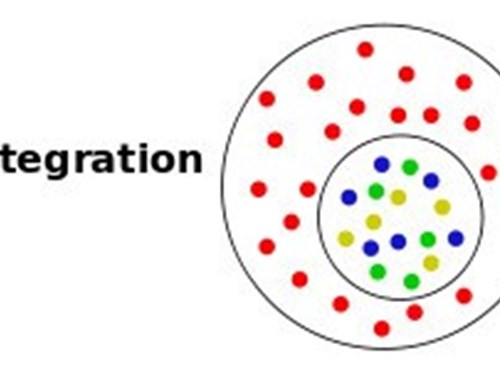 Integration in Norway: Find Your Tribe

We were talking this week about what different people – in this case non-Norwegians attending my Intercultural Communication at Work course – think ab...