Yet another interesting aspect of modern communication came up during my most recent business e-mail writing course – interesting as I had certainly never thought of it before. Interesting because it showed a more sensitive side of human nature appearing in the otherwise fast-paced, hardened world of modern business. What came up and out in …

Yet another interesting aspect of modern communication came up during my most recent business e-mail writing course – interesting as I had certainly never thought of it before. Interesting because it showed a more sensitive side of human nature appearing in the otherwise fast-paced, hardened world of modern business. What came up and out in class was that people were worried about hurting other people’s feelings, not about things they would say to them aloud, but rather in the form of writing. More simply put, they were often getting sent poorly written e-mails by the same sender, wanted to tell this person so but just didn’t know how to do it in a way that would not injure the sender’s pride.

All these course takers were victims, if you like, of their company’s policy that English was to be their official working language on the job (topic for another blog post: international companies making English a working language without providing any help to their employees quite affected by said  policy and who have not had any formal English training since their first year of high school). One man told us about having a co-worker who regularly sent officewide reports intending to bring everyone up to speed about current company projects but whose writing was so bad as to be nearly incomprehensible. But no one dared bring up the subject with her for fear of making her feel badly about her English skills, and ultimately very badly about herself. Another woman related that she was receiving an increasing number of e-mails from foreign clients requesting her actions on various matters, but again that these requests had such weak grammar, confusing sentence structure, and just plain bad translations of their native language into English that she was often left confused as to how they wanted her to respond. Both these students felt like they wasted a lot of time trying to figure out what their writers were trying to get across, making them increasingly frustrated. While they were telling their e-mail pain stories, others were nodding their heads in agreement and showing that the same thing was happening to them on the job. It seemed like there was almost a sense of relief in the air in that they were finding out that they were not alone when facing this potentially sticky situation – how do you get the information you need without offending your writer?

Sticky indeed, but I offered the following advice based on my own personal experience of having been a foreign speaker of Norwegian for many, many years while living in the country and having to speak with native speakers whose own style of communicating hasn’t always been easy for me to grasp: try paraphrasing and then asking if you’ve understood the other person correctly. I’ve had to do this so often in my working life abroad that it’s almost become second nature to me. This is because native speakers unfortunately do not ‘follow the rules’ of the language textbooks I initially used to learn the language – they don’t speak in complete sentences, they use slang, they mumble or speak too fast or just don’t speak clearly at all. And in Norway especially where there are two official languages and dialects aplenty, you might hear a few different words over the course of a day used to describe the exact same thing (the word for ‘how’ comes to mind). All of this can be quite bewildering to the language newcomer, and I learned the need to sometimes paraphrase what I was being told – quickly quickly, of course, as it’s awful to feel like you’re slowing down the natural flow of a conversation – repeating what I’d heard in my own words and then asking the other speaker if that was what they had meant – had I gotten it right?

Could they do this in writing? Could the man whose coworker and woman whose clients sent them unclear e-mails write something like the following to their digital tormentors? For example:

‘I received your e-mail yesterday and just need to clear up a couple of points so that I make sure I’ve understood you correctly’…And then make a short bullet list of what they need cleared up, asking at the end, ‘Are these correct? Please reply as soon as possible, and let me know if there’s something I’ve not quite gotten right here.’ Or something to that effect. By doing so, they’re both taking the responsibility on yourself for understanding and taking the writer off the hook by not pointing a blaming finger at their lack of writing skills. Believe me, this sender will understand quickly enough that their writing has not been up to any great standard (and perhaps they’ll try harder next time?), but at least they’re given the option of explaining themselves and saving face at the same time. This is no bad combination, especially in cultures where saving face is considered extremely important if a business relationship is to thrive and grow.

Would this, could this work? It was interesting to hear my students’ responses – while most were willing to give this I-take-the-responsibility-approach a try, a few others found the idea that they had to humble themselves in this manner a bit hard to swallow. It was after all not their fault, they pointed out – why should they take the communicating blame in this way? Well, I replied, sometimes that’s just the way it is – do you want to be right, or do you want to be happy? Or if not happy in the cheerful, bubbly, sense of the word, at least happy in the satisfied way of knowing that you’ve gotten what you needed without offending the other person and, in some cases, jeopardizing your future business relationship with them? As they left the classroom, several students said they’d give it a try and let me know the results. So we’ll see if paraphrasing is a way to go as regards e-mail etiquette in the global workplace, protecting feelings and getting important messages across at the same time. 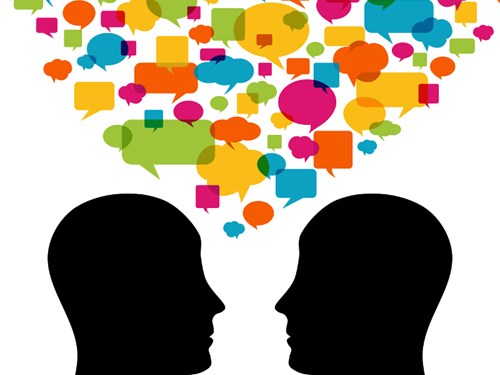