COP26: What Will It Mean for Climate Change?

The dust has settled on the COP26 Climate Change Conference in Glasgow. What happened and what will it mean for climate change?

All the governments are strongly committed to achieving the goal of limiting global temperature rise to 1.5 degrees Celsius, although the pledges governments made in Glasgow still will not limit climate change to less than 2 degrees Celsius, let alone 1.5. It is not enough, but the momentum is there.

A significant development, although watered down in the final hours of the conference, was the call on parties to 'phase down' use of coal-power, and phase out fossil fuel subsidies. This is the first time fossil fuels - and coal in particular - have been mentioned in a COP agreement.

But equally as important was what the Glasgow Climate Pact said about what countries should be doing to replace fossil fuels. It has taken a technology-neutral approach. It calls on Parties to accelerate the development, deployment and dissemination of technologies, and the adoption of policies, to transition towards low-emission energy systems, including by rapidly scaling up the deployment of clean power generation.

Glen Peters is Research Director at CICERO, where he has worked for over ten years and managed several large interdisciplinary research projects. He is a worldwide authority on emission drivers and scenarios, with many highly cited scientific articles. Dr Peters has played an important role in the Global Carbon Budget in the last ten years, coordinating data and performing analysis on emission trends and drivers, emission scenarios, and writing several synthesis articles. He is a Lead Author for the IPCC Sixth Assessment Report on emission scenarios. 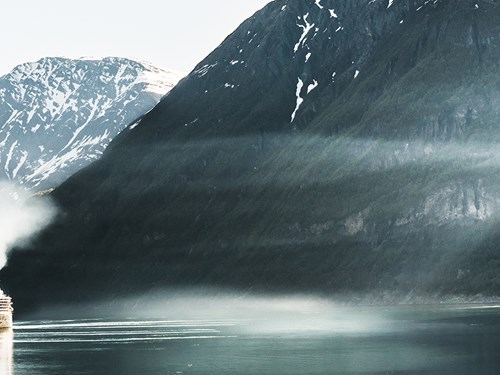 The Story Behind Coastal Darkening

The darkening of the Norwegian coast is a new threat to the costal ecosystems. The first "Back to school" lecture of 2021 from Fagrådet in Agder will ...