You don’t need to prove you’re smart. We know you are. At yet another one of my LinkedIn courses last week, this time in Oslo, I told the people there that I most often get inspiration for blog writing from something that’s said in class. This evening was no exception; I headed back to my …

You don’t need to prove you’re smart. We know you are.

At yet another one of my LinkedIn courses last week, this time in Oslo, I told the people there that I most often get inspiration for blog writing from something that’s said in class.

This evening was no exception; I headed back to my hotel thinking about the moment where I’d paused, taken a breath, then said to everyone, “Oh, I think I understand now what you’re all getting at…”

Backing up, several of the techie types in the classroom had expressed  a lot of skepticism when I was trying to get them to write their LI Summary in an informal yet personal tone by, for example, putting themselves in their writing through using the simple pronoun ‘I’.

Do this, I instructed, and don’t be tempted to use what LI Influencer Liz Ryan calls ‘corporate zombie speak’, as in: I’m a results-oriented, bottom line, self-motivated, hard working professional  who….’

Write as if you’re speaking to someone, I advised. What would you say?

We went back and forth, my fielding one question after another, most beginning with ‘But…’ They just didn’t seem to be buying what I was trying to sell, and I was floundering a bit.

Until I had my light bulb moment: ‘Oh, I think I understand now what you’re all getting at! You’re worried that if you write this way, readers won’t think that you’re smart.’

Put rather bluntly, but there you have it. Many heads nodded in agreement. So I went on and reassured them, saying, That’s okay. You feel that way, we all feel that way. You might be feeling this even more because English isn’t your first language, and you believe that your need to use big words and businesslike phrases to convince people that you’re intelligent.’ More nods.

I was on a roll: But your background, including your education and work experience, speaks for itself and demonstrates your qualifications. Trying to dress those up through using empty, clichéd phrases and complicated wording doesn’t help your cause.

In fact, it does the opposite. It makes you look fake and like you can’t think for yourself.

Think of the writers, speakers, business people, etc. who’ve made the most impact on you, whether in English or your own language: chances are that they communicate in a simple, direct way that you can easily understand and respond to.  That’s why you remember them.

Especially in technical-scientific fields: if these technical whizzes could – through their writing – get across to readers both their professional know-how and individual personality, they’d have a winning combination that would get them the attention (from potential research partners? recruiters? business contacts?) they desire and deserve.

And so could you – think about it, try it out. Start writing. 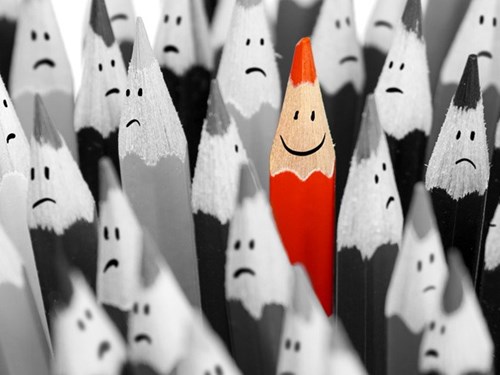 Your job search: How to show how smart you are?

Do you need to show other people that you’re smart? It’s okay if you do (we all do). Especially when you’re looking for a job. But just write about yo...

It’s All Good: How to Answer (Exasperating) E-Mails

I was recently asked a question from a rather frustrated member of the international workplace that went something like the following: “I’ve gotten se...