What’s Your Feeling About Phone Interviews?

Maybe you applied for a job a few weeks ago — ? One you really wanted and actually felt quite qualified for? You open your e-mail one day, and there’s one in your in box from the company where you’re trying to get hired. Get a happy shot of adrenaline when you see their name …

Maybe you applied for a job a few weeks ago — ?

One you really wanted and actually felt quite qualified for?

You open your e-mail one day, and there’s one in your in box from the company where you’re trying to get hired. Get a happy shot of adrenaline when you see their name in your left hand column in big, bold letters.

Only to open it up and read that you’ve been chosen for a phone interview. To please go in and select a date and time that works for you, as you’ve been ‘invited to join the conversation’.

Which is sort of great and sort of awful at the same time.

Time is money, nothing new there

You’ll be talking to a human being, but won’t be able to sit in the same room with them so you can use your body language to communicate what a great candidate you are.

Why is this happening, you ask? Well, the answer is, as usual, time and money.

Companies quite naturally want to save money on the hiring process, and having a phone conversation is an inexpensive way of doing this. It’s also a time saver, an interview taking anywhere from fifteen minutes to an hour depending on the number of questions and length of answers.

I write ‘fifteen minutes to an hour’ here, because my last two phone interviews each lasted precisely this length of time.

Have you been screened? In or out?

Figured out pretty fast during each one that I was being screened, meaning they were using this interview to decide if I’d ‘advance’ in the process – or wouldn’t.

The questions were standard – ‘why should we hire you for this position?’, etc. – so that was no surprise.

What was surprising was how automated the whole thing felt, even if I was talking to other humans.

The voices on the other end sounded businesslike, which was fine, and a bit bored, which was definitely not. It was unnerving to give what I believed sounded like a thoughtful, well articulated reply that was answered with an ‘okay, thanks’ and then having a a new question read to me (‘what are your strengths and weaknesses?’).

The shorter interview had two women taking turns reading questions to me. With no real response to what I said. I imagined the two of them sitting there in their meeting room rolling their eyes at each other over my responses. Unsettling.

Which isn’t a feeling you really want to have in that situation, even if it only lasts for fifteen minutes.

Know what you’re getting into

At one point during the hour-long interview, I got the definite impression that my interviewer hadn’t read my CV beforehand. Again, unsettling. It threw me off track, as I felt I was just repeating information – yet didn’t dare ask her if she’d read it or not.

They were somewhere between personal and impersonal. Connecting yet not connecting.

Whatever these phone interviews are, you as a job seeker might be ‘invited to join the conversation’ in the future, too. Your feelings about this? Well, no matter what they are, just know what to expect — and not expect — before the phone rings, okay? 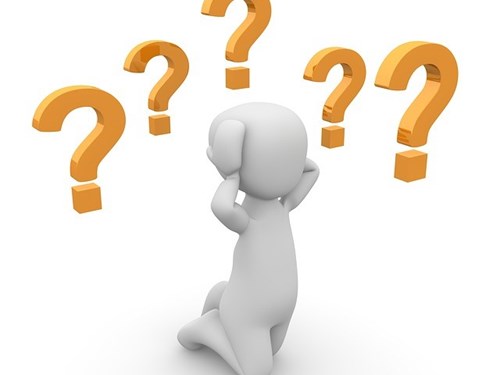