Hi there, it seems like you are using an outdated browser. Vi highly recommend that you are using the latest version of your browser. Tekna.no supports Edge, Firefox, Google Chrome, Safari and Opera, among others. If you are not able to update your browser to the latest version, other browsers are available here: http://browsehappy.com
Go directly to content
Jørgen Jacobsen is calling for more transparency about industry salaries. Photo: private

It’s been a tough year for many industries, but some have managed to do well in spite of it. One example is people working in IT, who’ve had a lot to do in 2020.

-What’s exciting is that we’ve seen an incredible movement towards the digital, and there’s been a huge need for digital services, says Jørgen Jacobsen, a developer of the online newspaper Kode24.

He refers to online shopping websites like kolonial.no that have experienced enormous growth this past year. There’s also been a sizeable increase in the use of consultants. They can also see at Kode24 that there are just as many people looking for work this year as last.

--So 2020 has been pretty normal for us, since job ads have been just as strong as they’ve always been. Maybe the only difference at Kode24 is that we’ve been working from home and can’t go out and visit companies any longer, so all our interviews have had to take place online.

Thinks there should be more salary transparency

So if you work in IT, you might be able to expect a salary increase this year, too. Jacobsen thinks the industry could become more equitable if people would be more open about how much money they’re making.

--I think we have to be better at being open about what we’re earning. More equitable salaries could come out of this honesty, and people could have better relationships with their co-workers if they didn’t any longer need to keep their salaries hidden.

He tells that there’s a low percentage of workers belonging to trade unions. It’s also hard to maintain that a certain type of education deserves a certain salary level, since there’s such a big difference in the type of education people have, or if they have higher education at all.

--Many people have worked their way up to a position in a company and have gotten a salary based on this climb. And when there’s a great demand for people, you in turn can be a little more demanding when talking about your own salary. This has resulted in the fact that there’s been some salary inequity for the same type of positions, he says.

Change jobs to increase your salary

--There’s a great deal of interest in salaries in my industry, there are a lot of people who wonder about it. They say, ‘So, should I sort of dare to ask for NOK 800,000 at my next interview? Can I ask for that much? What makes it so that you deserve that kind of salary?’

--I think there are very many young developers out there who’ve been accepting low salary levels because they don’t know any better.

“How much are you earning now?”

“I make NOK 730,000 a year. Last year that was really average for the industry – considering my age, that is.”

He hasn’t had a salary discussion yet this year, but thinks in general that it’s difficult to prepare oneself for it. Most of his salary increases have taken place when he’s changed jobs.

Thinks 2021 will be just as strong

Jacobsen doesn’t believe there’ll be any less demand for digital services next year and thinks that it’ll continue at the same pace. Because all the companies that started activities in 2020 will have to keep them going.

--The industry is so hungry for workers that they’re willing to disregard their lack of experience. We’re talking with people who say as long as applicants have a positive attitude and are willing to learn, they don’t have to know how to do a whole lot.

--Speaking for myself, I hope to be able to go out to more companies next year, because you can observe a lot more about how they work, and usually get much better stories, too. We also hope to get a lot more young people involved in 2021 as well, that’s our goal. 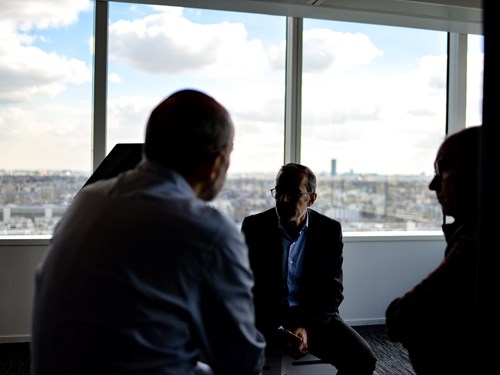 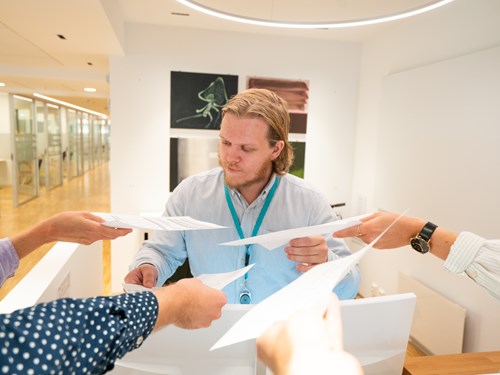 If you do the following this fall, we’ll have a better chance of increasing your salary next year

– The more replies we get, the better we’ll be able to negotiate.