It happened again. Call me an overly critical, detail-oriented resumé reader, but certain claims made by certain resumé writers need to be addressed so that we can all have a good think before sitting down the next time to write about our own life and work experience in this one-page stylized format. ‘It’ in this …

It happened again. Call me an overly critical, detail-oriented resumé reader, but certain claims made by certain resumé writers need to be addressed so that we can all have a good think before sitting down the next time to write about our own life and work experience in this one-page stylized format.

‘It’ in this case took place when I was recently proofreading a jobseeker’s resumé, much of which was to be included in their LinkedIn profile. As per usual, I was only looking out for wobbly punctuation and grammar. Then, my eye came across the end of a phrase included in this person’s ‘Additional information’ section, where they’d claimed ’… and am fluent in 7 languages’.

My first reaction was once again – as in my last blog post – ‘Seriously?’ And once again, I just had to look up the definition of the word in question:

According to Webster’s Dictionary…Fluent: able to speak and write a language easily and very well

Heavens, I thought, on some days (Monday mornings come to mind) I can’t even speak and write my own language ‘easily and very well’, but this person is claiming to do so in not only their own but also six more languages? Amazing. Astonishing.

Be careful what you write

Will now stop my sarcastic flow and just make my point, namely that in my opinion, people should be very careful when making such a statement, especially in this type of document. (It’s funny, too, how people might write something like this, but they’d never say it to your face during a conversation.) Declaring that you master seven entire languages in spoken and written form is a bit over the linguistic top, to say the least. Even worse, doing so damages the impression you want to make on the reader/recruiter, quite simply: ‘I’m an intelligent, highly competent professional. Hire me.’

Or maybe I’m being over the top critical? I only know that after having lived 25 years abroad, I still answer the question about my own language fluency by giving the careful response, ‘Well, yes, I can manage pretty well in most situations, both spoken and written.’ Too modest or too perfectionistic or both? But it’s the reply I feel most comfortable giving as it seems most accurate and closest to what I’ve experienced during my foreign language life in a country not my own.

So did I ‘correct’ this content along with the language errors? Of course not. Maybe this person was telling the truth. It’s not for me to say. But whatever the truth may be, this jobseeker will have to live with the consequences of their writing: Will someone someday challenge them to prove their linguistic claim? Not likely. Will their application be thrown out of the pile by a reader who doesn’t trust these words? More likely. Will their LI profile be skipped over for the same reason? Most likely.

‘The truth will out’…the truth will come to light… that light in this case might just go out, along with their chances of making a good impression on virtual strangers. Should make us think about our own writing – is what’s there on the page all true? 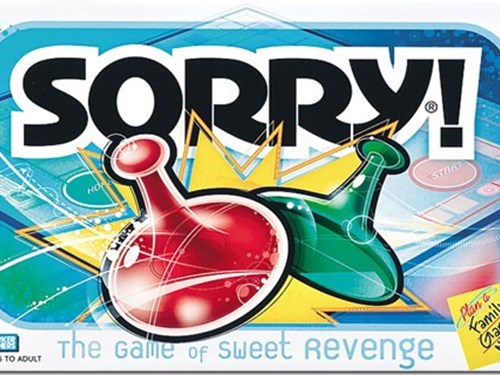 Why You Should Say ‘Sorry’ at Work

When said with sincerity, this five-letter word can solve more than a few sticky workplace situations. Once again while running a course recently, I w...